We did it for them. We will do it for you.

Here’s a look at some of the problems our clients had in the past, and what worked to get them back on a growth path.

Relaunched and optimized Facebook campaigns with hundreds of tests across multiple markets and countries.

Created well-researched and rigorously tested campaigns for this seed-level startup.

Relaunched and optimized Facebook campaigns with hundreds of tests across multiple markets and countries.

Created well-researched and rigorously tested campaigns for this seed-level startup. 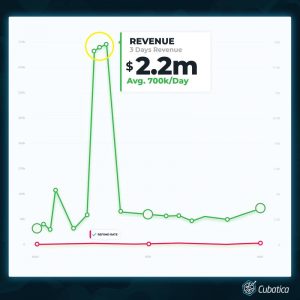 This is a strategy to increase lifetime customer value that we tried recently with one of my clients.

This was a pretty cool test, because not only did we hit about 2 million in rev in sales (with 70% profitability), but many of the customers we were targeting were actually FORMER CANCELED MEMBERS.

Meaning, a good number of these new customers were formerly cold leads that had stopped paying us for the monthly membership, that then turned around and paid us upfront for 6x months worth of the same product, increasing the lifetime value of their customer base as a result (and of course adding $$ to my client’s bottom line.)

Here’s what happened:
We have a fitness membership app and community product, with a one time challenge purchase, followed by monthly subscriptions.

When I came on board, my goal was to find many different profit levers in their business model.

One I suggested was to run a lifetime membership offer. Now, I’ll note that they had mentioned that they were considering doing a promo like that before I came on board.)

Their team and I implemented the promo – which was basically a lifetime membership for the monthly plan – capped at 6 month’s value (So for example, if the membership was 50 bucks a month, we charged 300 one time for the lifetime)

So essentially, anyone buying the membership was ‘prepaying’ for a longer lifetime stick rate – a win win for us and for them.

We had a huge revenue boost over those three days (check out the graph – I know screenshots are cooler, but this client asked that we didn’t share a direct screenshot, and I respect that).

The boost was nice, but as you saw, things went back down to relatively normal on the front end. However, the sweet part was what happened on the back end. We ended up not only breaking $2 million in sales, but according to our data over 18% of the people who bought were actually former CANCELED members – meaning members who had already paid monthly and canceled then turned around and bought a full package lifetime membership.

Now, of course we ran this as a limited promotion, but if you have a membership model, one way you can give this promo a try is to calculate your lifetime value, make sure the lifetime membership eclipses that value, then sell it as a limited offer.

I wouldn’t suggest doing running a promo like this regularly, but if you have a membership (especially a longer running one), give this a go with an emphasis to your cold/canceled member list. You might be surprised about the revenue you reanimate. 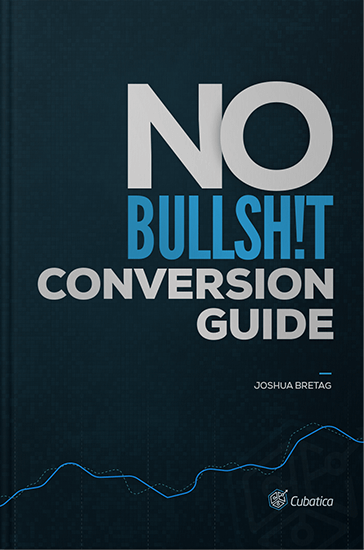 Getting your CRO guide is easy…

No thanks! I know all about conversions.

Want to immerse yourself in CRO? easy…

As a bit of a CRO nerd, I’m always testing and discovering new methods and insights.

If you want to stay on the leading edge with me, just put your email and name below and I’ll send you regular CRO updates as I uncover them.